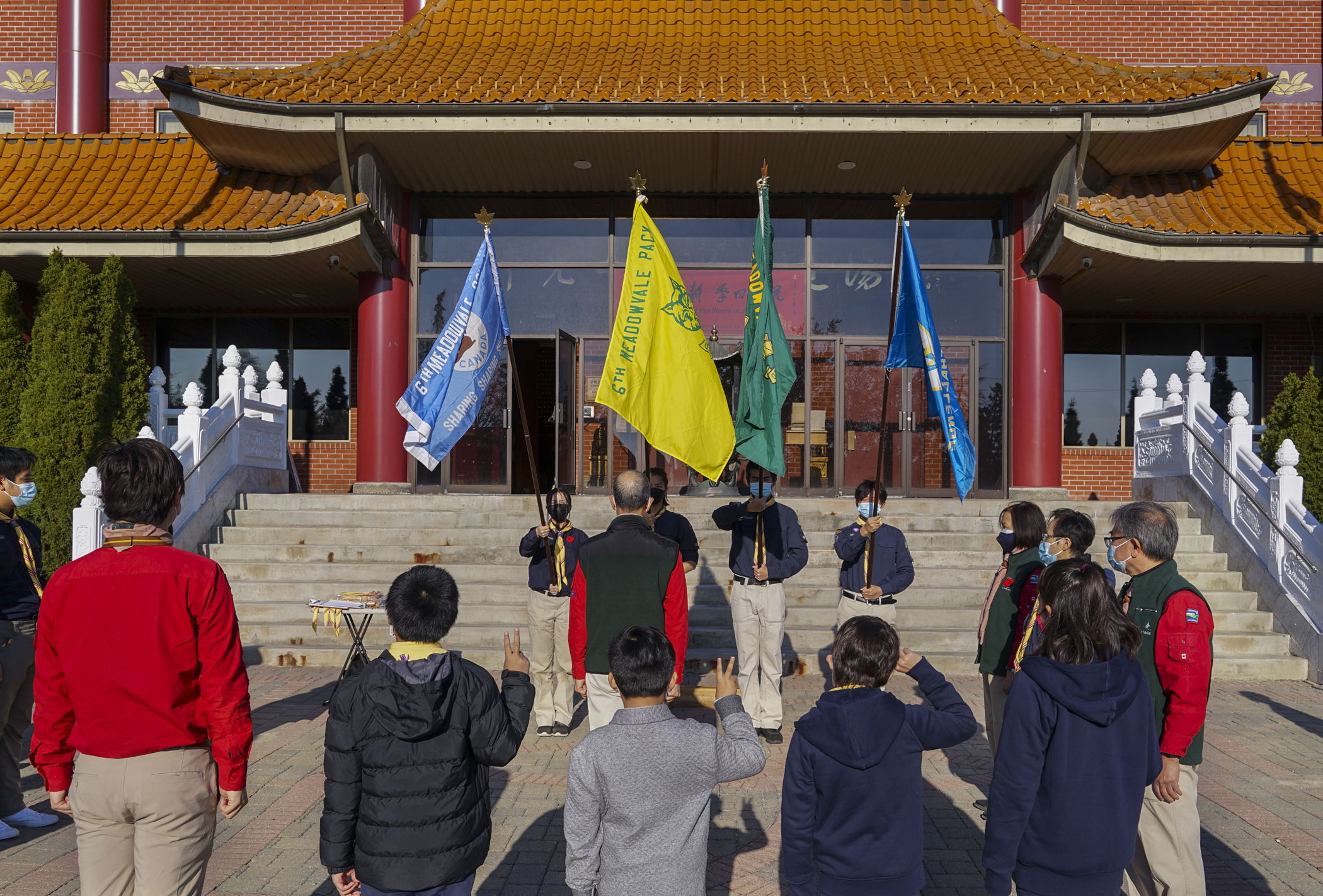 The 6th Meadowvale Scouts Group held Flag Break and Investiture Ceremony on November 7 at the front parking lot outside the temple. This was the first physical meeting since March last year due to the COVID-19 pandemic. Almost 50 attendees including leaders, parents and scout members reunited together again.

It was a sunshiny day. The ceremony started with Four Venture Scouts carrying flags and marching in, the group Commissioner declared the ceremony officially began. Everyone sang the National Anthem together. Leaders led the new registered Cubs, Scout and Venture scout members to take an oath of scout law and promise, making a meaningful start to Scouting.

Venerable Ruan, the Advisory Venerable, and Ken Choi, the Group Commissioner both had addressed the group. They encouraged all scout youths must cherish the learning opportunity.