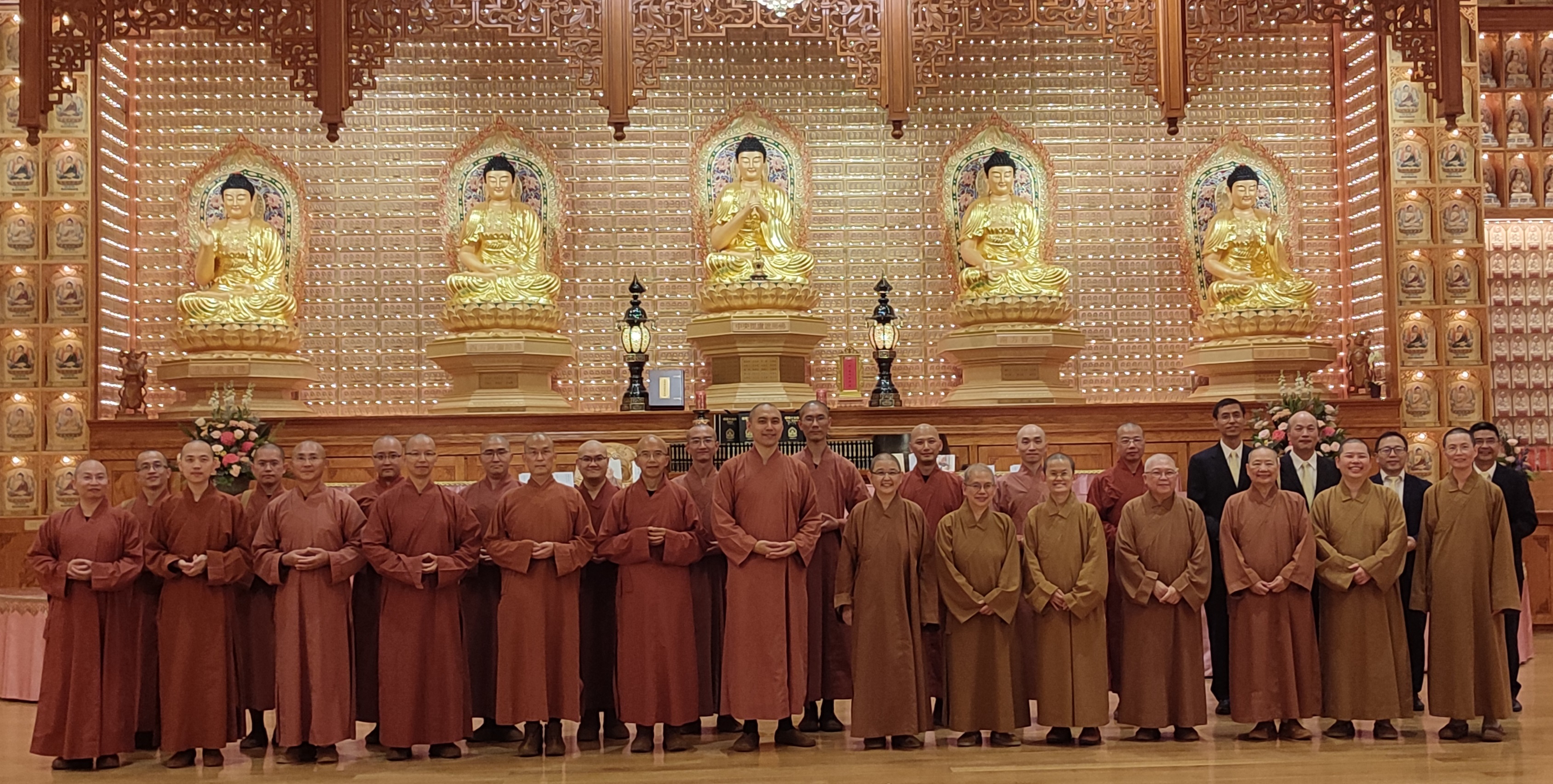 During the welcome speech in the Main Shrine, Venerable Chueh Fan learned this was the group’s first time in FGS Toronto. After speaking about the founding of the temple, she invited Venerable Man Yee, who took part in the building of the temple back then, to share a few words. Venerable Chueh Fan also gifted the GEBIS group with sutras Fo Guang Buddhist Canons - Yogacara Canon and Jetaka Canon plus a video/book collection of Venerable Master Hsing Yun and Fo Guang Shan disciples.

The guided tour of the temple was divided into two groups led by Venerable Ru Xing and Venerable Ru An. The topics included the Water Drop Tea House and the origin of its name, the library which contained over 20,000 books related to Buddhism and world studies, the museum which housed Buddhist artifacts and Venerable Master Hsing Yun’s one stroke calligraphy as well as the gallery wall of the award-winners of the “Beauty of Buddha Light” photography contest from all five continents. The groups listened intently. Along the way they also spent time at the FGS Toronto 25th Anniversary Photo Exhibition held at the Dining Hall, stopping to read the contents carefully.

After the temple tour, the groups met at the Conference Room for discussion. They first watched the FGS Toronto Annual Report video which showed how the temple utilized modern technology to help promote Buddhism during the pandemics. GEBIS committee chair Venerable Ru Qun reflected that he joined the 2018 Vesak Day Celebration of Buddha’s Birthday in Toronto. He was amazed to see that FGS Volunteers and Venerables shouldered many responsibilities of the event including Buddhist Chanting, Chorus Performance, Lion Dance, Drums and Guest Receptions.  After four years now, he especially planned this visit to learn from Fo Guang Shan’s experiences in spreading the Dharma.